Remember I promised to introduce you to some of the Nigerians – and oyher persons of color – who are making some real noise out here? Well here is my first. Her name is Angelica Nwandu. She is 29, and she is Instagram’s third most actively-engaged account. She’s got The Shade Room.

Born in Los Angeles to Nigerian parents. Her mother died when she was only 6 years old and she died at the hands of Angelica’s father. So she grew up in foster care homes. She said she always wanted to be a writer. She says her Nigerian roots formed her early life and she went on to get a degree in Accounting….and even worked as an Accountant for awhile.

But she always wanted to write. So she did. She wrote a story about a girl who lost her mother through domestic violence….just like her. That script was Sundance Labs, an incubator program for film scripts that worked with mentors such as Quentin Tarentino. She took a vacay from her job and her boss threatened ti fire her.

She left her job an had no money and still wanted to write so she decide to get in Instagram and start her blog. And the followers started coming. Well about now she is about to get evicted and says she needed money fast. So she posted and asked for $75 for anyone who wanted to advertise with her. They did. 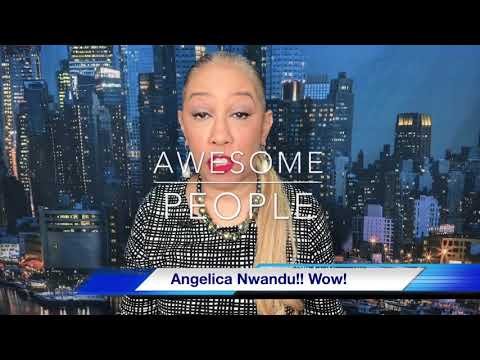 Remember I promised to introduce you to some of the Nigerians – and oyher persons of color – who are making some real noise out here? Well here is my ...